The Philippine Navy needs three strategic sealift vessels (SSVs) in its inventory to be a really world class naval force. This is according to Philippine Navy’s Desired Force Mix 2015. “I’m confident that the next set of defense officials, national leadership, will continue with the modernization,” Mercado said in an interview shortly after the welcoming ceremonies for BRP Tarlac, the country’s first SSV, Monday afternoon.

The country’s second SSV, which was also ordered from PT PAL (Persero), is expected to arrive by May 2017. Mercado said the Filipino SSV was patterned after the Indonesian Makassar-class landing platform dock.

Its sister ship is expected to be delivered by May 2017.

The ship has a complement of 121 officers and enlisted personnel. It can carry 500 troops, two rigid-hull inflatable boats, two landing craft units and three helicopters. BRP Tarlac has a tonnage of 7,300 tons, overall length of 120 meters, breadth of 21 meters, draft of five meters and carry a payload of 2,800 tons.

It has a cruising speed of 13 knots and maximum speed of 16 knots. The ship has minimum operating range of 7,500 nautical miles.

The Philippine Navy’s Desired Force Mix 2015 is divided in three horizons, acquisitions are currently under the first horizon. 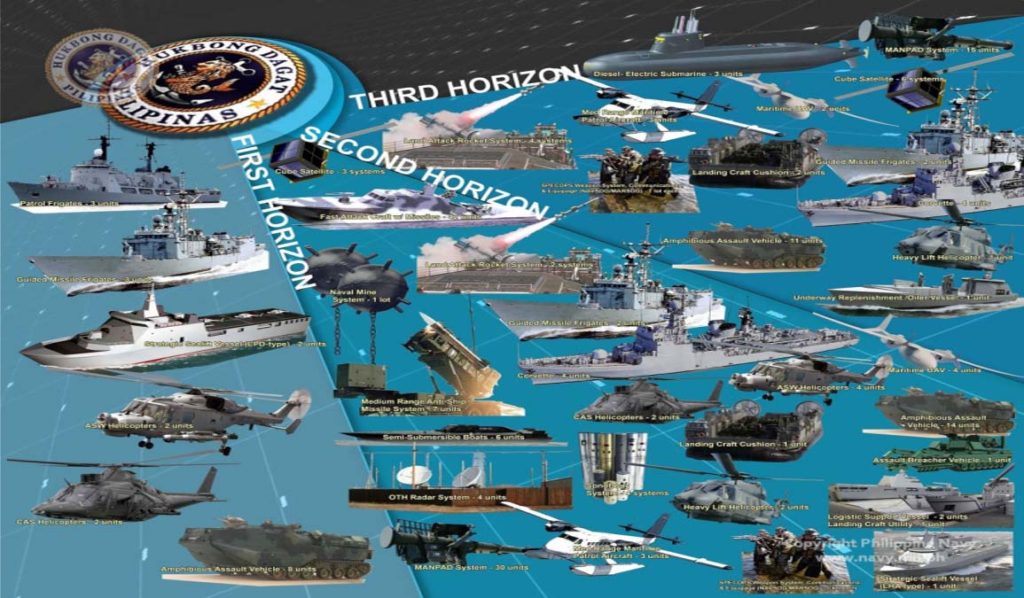 The Japan Coast Guard (JCG) will for the first time deploy a vessel to Australia, as part of efforts to strengthen counter-piracy measures in Southeast Asia. The vessel, the 3,300-tonne Souya-class … END_OF_DOCUMENT_TOKEN_TO_BE_REPLACED

MANILA -- The visit of US Chief-of-Navy Operations, Admiral John Richardson, to the Armed Forces of the Philippines (AFP) headquarters in Camp Aguinaldo, Quezon City gave both the Philippines and the … END_OF_DOCUMENT_TOKEN_TO_BE_REPLACED

I was able to attend the 2018 Asian Defense and Security (ADAS) at the World Trade Center (WTC) in Manila recently, and every time the event is held (every two years) it always seem to get bigger and … END_OF_DOCUMENT_TOKEN_TO_BE_REPLACED

MANILA -- The US government reiterated its offer to supply the Philippines with the Lockheed Martin F-16. The offer took place during Department of National Defense (DND) Secretary Delfin … END_OF_DOCUMENT_TOKEN_TO_BE_REPLACED

The kit incorporates, among other systems, an electro-optical imager and a variant of ELTA Systems' EL/M-2022 synthetic aperture radar The 300th Air Intelligence and Security Wing (AISW) of the … END_OF_DOCUMENT_TOKEN_TO_BE_REPLACED

The Philippines will hold joint military exercises with China during the Association of Southeast Asian Nations (Asean)-China military exercise to be held in Zhanjiang, China on October 22 to 29, the … END_OF_DOCUMENT_TOKEN_TO_BE_REPLACED