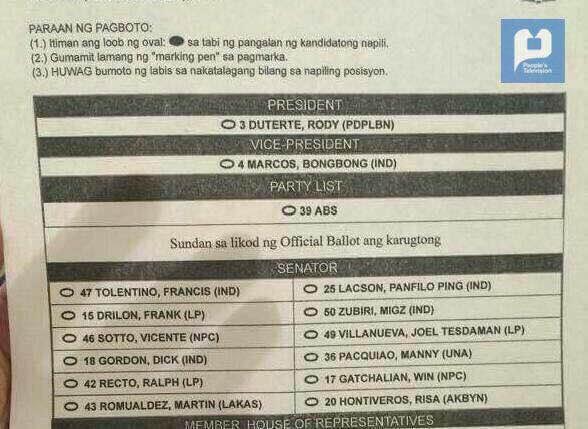 The Iglesia ni Cristo has officially endorsed the presidency of Mayor Rodrigo Duterte and vice-presidency of Senator Bongbong Marcos, this is according to report by Politics.com.ph.

The INC, with an estimated members of 1.7 million registered voters, is known to voting during elections as one.

According to the report in Politics.com.ph, “Duterte and Marcos’ names were indicated in the leaked copy of a sample ballot that is set to be distributed to members of the influential religious sect Wednesday (May 4).”