You are here: Home / Nation / US Special Operations official in Philippines 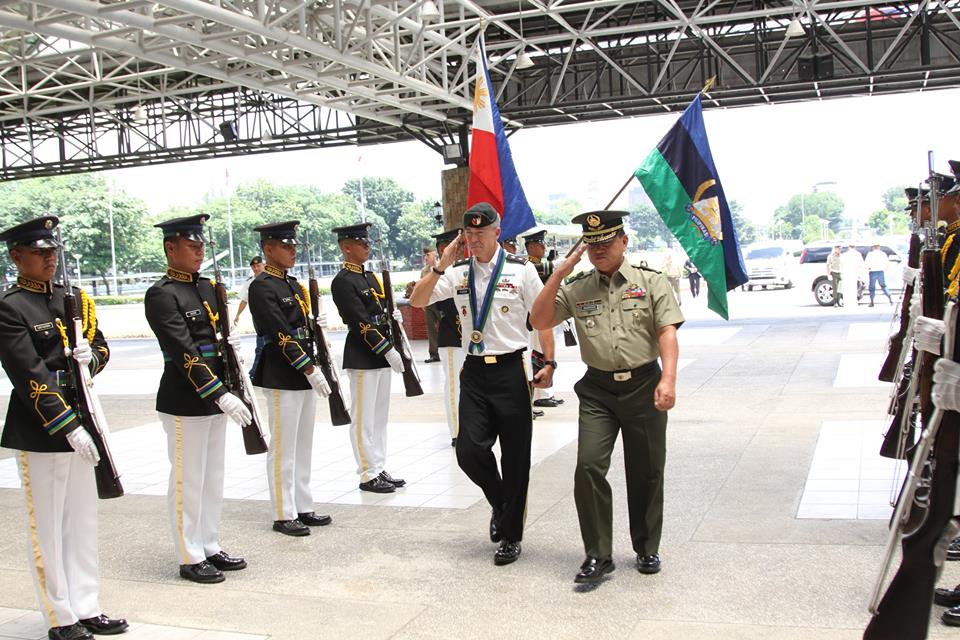 Major General (US Army) Bryan Fenton, commander of the said US unit, paid a courtesy call on the General Visaya at the Hall of Flags at the General Headquarters, Camp Aguinaldo.