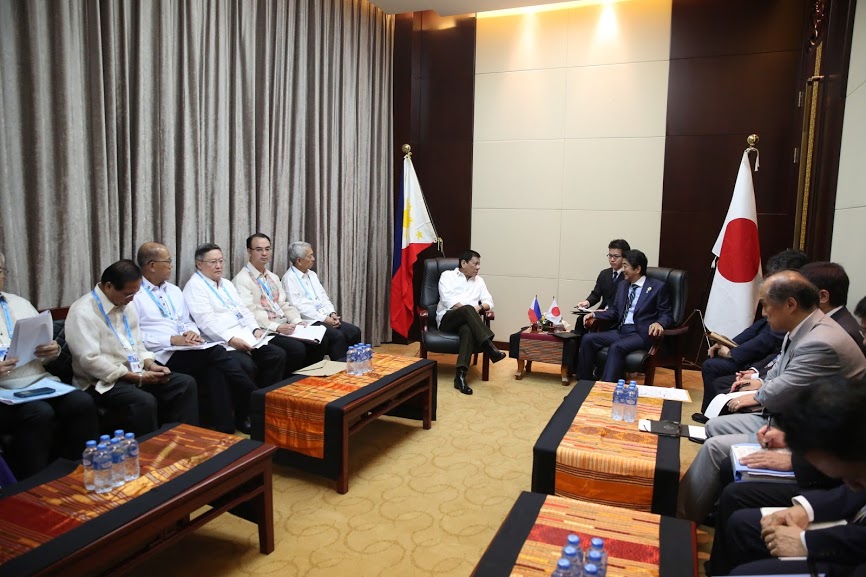 It can be remembered that Japanese Foreign Minister Fumio Kishida paid a courtesy call to President Duterte at the Presidential Guest House in Panacan, Davao City on August 11, 2016. During the said meeting last month, Kishida extended Abe’s invitation to President Duterte to visit Japan.

Meawhile, President Duterte joined his fellow leaders from the ASEAN at the opening ceremony of the 2016 ASEAN Summit, Tuesday. This is the first foreign trip of President Duterte since he assumed the highest office of the land.

During the summit’s opening rites, leaders of the 10 ASEAN Member-States watched a cultural presentation and video of the regional bloc’s upcoming 50th anniversary celebration next year.

The event showcased the best of Southeast Asia, offering exquisite flavors of foods and diverse cultures amid a playground of adventure and unparalleled beauty.

At the end of the ceremony, the national leaders were invited on stage to press the symbolic [email protected] logos.