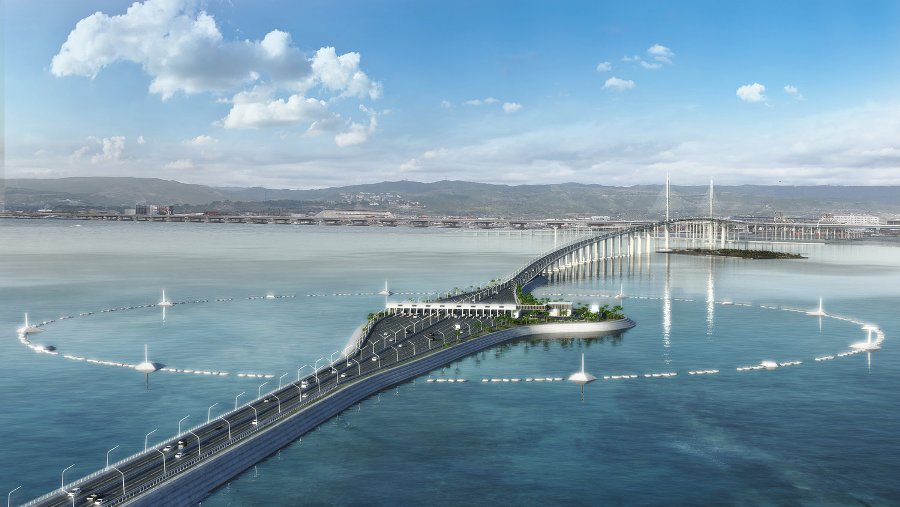 The 8.25-kilometer Cebu-Cordova Link Expressway (CCLEX) is expected to be completed 2022. Groundbreaking ceremony was held March 2 led by President Rodrigo Roa Duterte. Actual construction is expected to start first half 2017.

The cable-stayed bridge/road bridge was designed “by an international team lead by local engineers DCCD Engineering Corporation and COWI in collaboration with DISSING+WEITLING, responsible for engineering and technical advice on behalf of the owner, the Metro Pacific Tollways Corporation,” the Denmark-based DISSING+WEITLING Architecture. 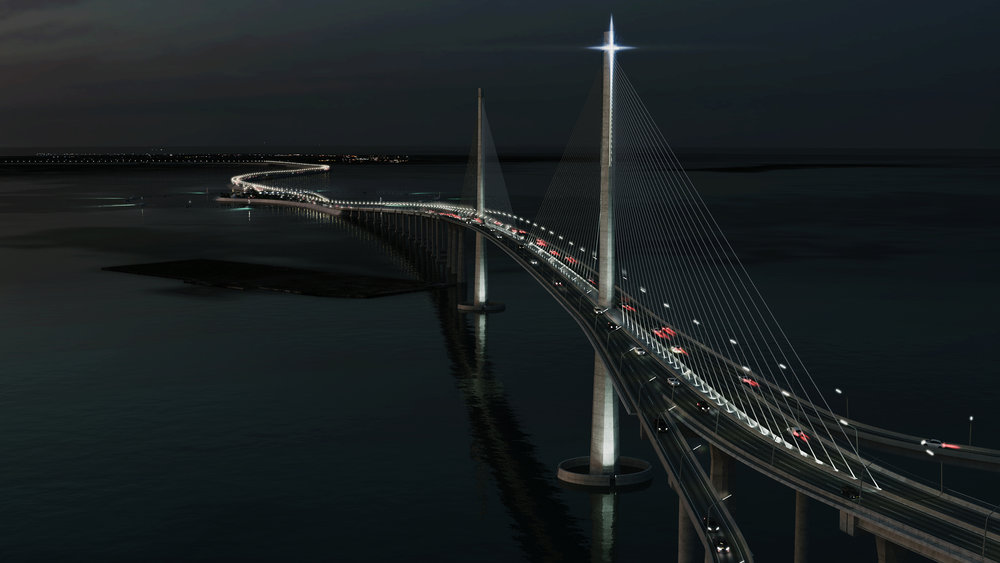 “Besides the main span bridge with a 60m navigation clearance, which allows for shipping traffic, the project includes viaduct approach bridges and a causeway as well as toll road facilities on an artificial island, which has design references to the eight-rayed sun of the Philippine national flag,” DISSING+WEITLING said.

“The Project is estimated to cost not more than Php27.9 billion, which includes the construction cost with inflation over a four-year period, the toll facilities and operating system, the right-of-way cost, and financing costs. Funding will be sourced from a combination of loans from local banks and equity contribution,” MPIC said.

The Japan Coast Guard (JCG) will for the first time deploy a vessel to Australia, as part of efforts to strengthen counter-piracy measures in Southeast Asia. The vessel, the 3,300-tonne Souya-class … END_OF_DOCUMENT_TOKEN_TO_BE_REPLACED

MANILA -- The visit of US Chief-of-Navy Operations, Admiral John Richardson, to the Armed Forces of the Philippines (AFP) headquarters in Camp Aguinaldo, Quezon City gave both the Philippines and the … END_OF_DOCUMENT_TOKEN_TO_BE_REPLACED

I was able to attend the 2018 Asian Defense and Security (ADAS) at the World Trade Center (WTC) in Manila recently, and every time the event is held (every two years) it always seem to get bigger and … END_OF_DOCUMENT_TOKEN_TO_BE_REPLACED

MANILA -- The US government reiterated its offer to supply the Philippines with the Lockheed Martin F-16. The offer took place during Department of National Defense (DND) Secretary Delfin … END_OF_DOCUMENT_TOKEN_TO_BE_REPLACED

The kit incorporates, among other systems, an electro-optical imager and a variant of ELTA Systems' EL/M-2022 synthetic aperture radar The 300th Air Intelligence and Security Wing (AISW) of the … END_OF_DOCUMENT_TOKEN_TO_BE_REPLACED

The Philippines will hold joint military exercises with China during the Association of Southeast Asian Nations (Asean)-China military exercise to be held in Zhanjiang, China on October 22 to 29, the … END_OF_DOCUMENT_TOKEN_TO_BE_REPLACED