You are here: Home / Nation / Sangley Point proposed to be converted into P1.3-trillion Philippine Global Gateway 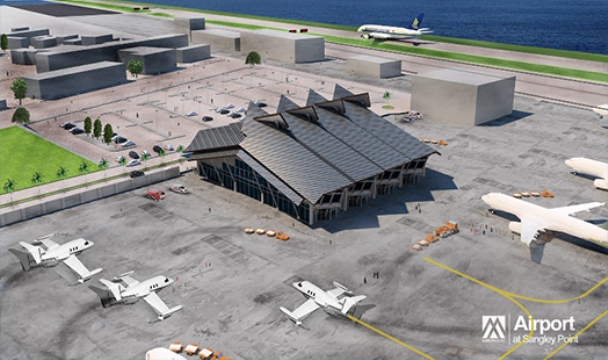 “We are ready but we need the government’s nod,” ARRC Vice Chairman Edmund Lim said. He added that the project will be made possible in partnership with foreign investors without any government funding.

The proposal aims to address air congestion in Manila as the Philippine capital struggles to cope with a rising number of flights and increasing road traffic. Planned to be built are a two-runway airport and passenger terminal that can initially accommodate 50 million passengers and 90 million by 2050.

The project will also give way to a freeport and logistics-friendly industrial zone with the construction of a P500B integrated seaport that will decongest Manila Harbor and a special economic zone for manufacturing and processing plants.