You are here: Home / Nation / Duterte: We allocated P6.5-billion for Army upgrade 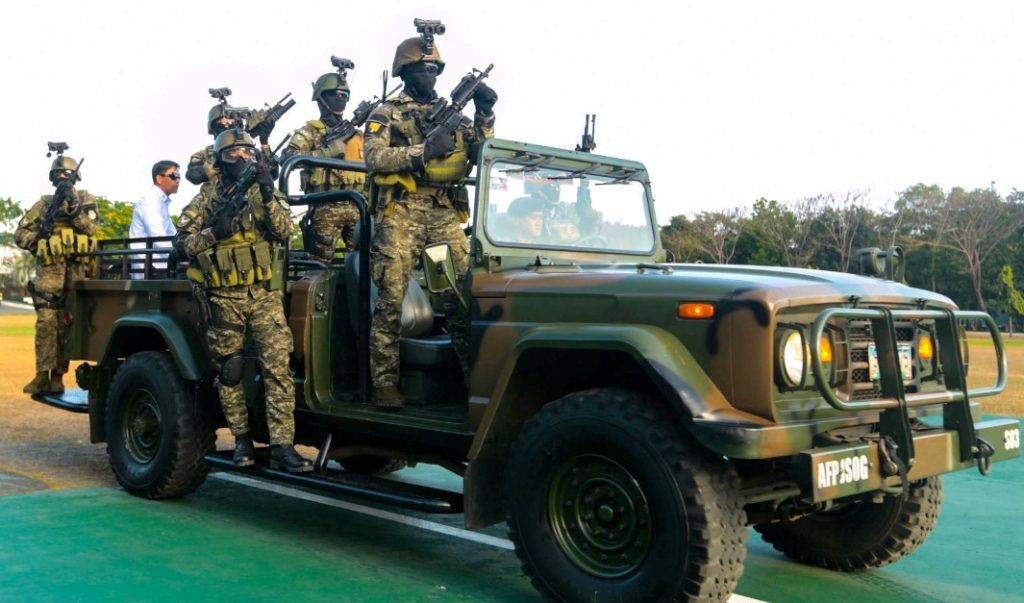 President Rodrigo Duterte said during the 120th founding anniversary celebration of Philippine Army, April 4, that P6.5 billion was allocated in the national budget for army projects in the Armed Force of the Philippines (AFP) Modernization Plan.

“In line with the government’s modernization program on the Armed Forces of the Philippines, we have been providing telecommunication apparatus and fire power and infantry fighting vehicles to the Army,” Duterte said.

“This was among the priority initiatives we immediately undertook when I assumed the presidency in July last year,” the President said.

“We have allocated almost 6.5 billion pesos for Philippine Army projects under the Revised AFP Modernization Plan, which will be used to procure individual equipment such as rifles, pistols, grenade launchers and force protection armors,” he said.

He also said he signed an Executive Order increasing the combat pay of all members of the Armed Forces from 500 pesos to 3,000 pesos per month and their combat incentive pay from 150 pesos to 300 pesos per day.

“This modest increase will definitely help the families while our soldiers are in the battlefield,” he said.