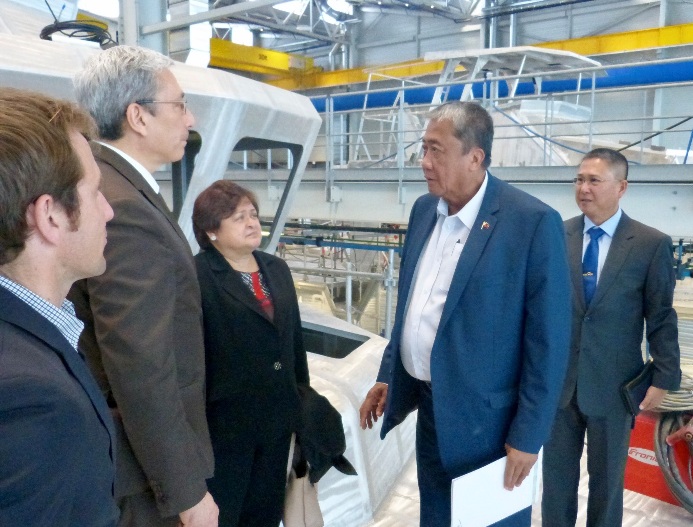 “These boats are part of the Philippine Ports and Coast Capability Development Contract signed between the Department of Transportation (formerly DOTC) and OCEA on 9 September 2014 to modernize the Coast Guard’s fleet,” Embassy of the Philippines in Paris France said.

In line with this, Transportation Secretary Arthur Tugade visited the shipyard of OCEA in Sables d’Olonne, France on April 1 to inspect four 24-meter fast patrol boats.

The contract also includes five-year preventive maintenance for all five boats, spare parts for five years, and technical assistance and training for the crew.

Secretary Tugade also discussed with OCEA CEO Roland Joassard how OCEA can be part of Philippines’ intent to become a regional hub for ship repair. Joassard vowed provide assistance in this endeavor and extended verbal commitment to sign an agreement to this effect before the end of 2017.