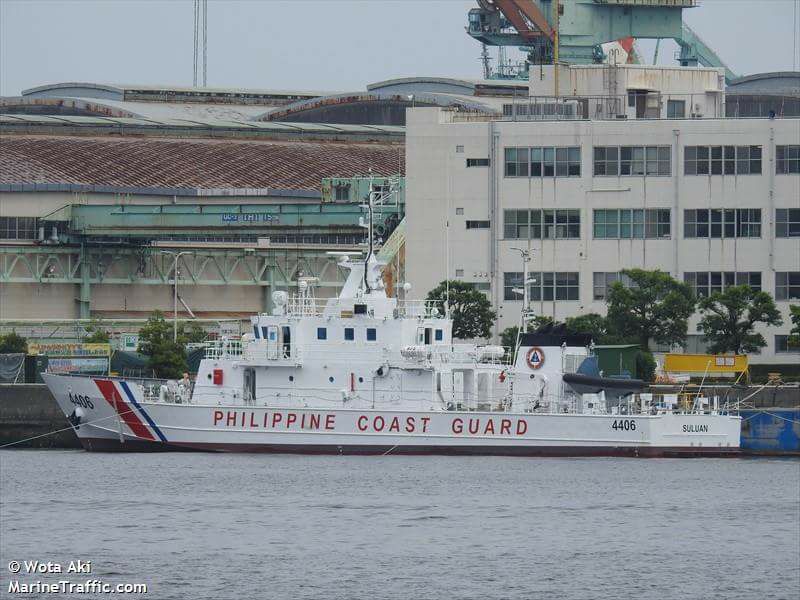 According to MaxDefense Philippines “it appears that the PCG is following the Philippine Navy’s superstitious beliefs, skipping the hull number 4405 and jumping to 4406.”

The Philippine government has ordered 10 vessels from Japan through the Maritime Safety Capability Improvement Project (MSCIP) Phase I funded by loan from Japan International Corporation Agency. Deliveries are expected every quarter until completion of 10 units in 2018.

These 10 vessels are being named after the primary lighthouses in the country to denote its significance as one of the navigational aids in the maritime industry.

According to MSCIP, these vessels will act as (1) “primary rescue vessels within the PCG District’s areas of responsibility (AOR) when the extent of the disaster is beyond the capability of floating assets deployed within the area.”

The MRRVs will also (2) assist in controlling oil pollution and protection of the marine environment. (3) These vessels will also enforce applicable maritime laws within the designated AOR, particularly relating to illegal fishing and sea patrol. The vessels will provide (4) service as platform for rapid response during relief operations in the area, and (5) transport of personnel and logistical support.

The Japan Coast Guard (JCG) will for the first time deploy a vessel to Australia, as part of efforts to strengthen counter-piracy measures in Southeast Asia. The vessel, the 3,300-tonne Souya-class … END_OF_DOCUMENT_TOKEN_TO_BE_REPLACED

MANILA -- The visit of US Chief-of-Navy Operations, Admiral John Richardson, to the Armed Forces of the Philippines (AFP) headquarters in Camp Aguinaldo, Quezon City gave both the Philippines and the … END_OF_DOCUMENT_TOKEN_TO_BE_REPLACED

I was able to attend the 2018 Asian Defense and Security (ADAS) at the World Trade Center (WTC) in Manila recently, and every time the event is held (every two years) it always seem to get bigger and … END_OF_DOCUMENT_TOKEN_TO_BE_REPLACED

MANILA -- The US government reiterated its offer to supply the Philippines with the Lockheed Martin F-16. The offer took place during Department of National Defense (DND) Secretary Delfin … END_OF_DOCUMENT_TOKEN_TO_BE_REPLACED

The kit incorporates, among other systems, an electro-optical imager and a variant of ELTA Systems' EL/M-2022 synthetic aperture radar The 300th Air Intelligence and Security Wing (AISW) of the … END_OF_DOCUMENT_TOKEN_TO_BE_REPLACED

The Philippines will hold joint military exercises with China during the Association of Southeast Asian Nations (Asean)-China military exercise to be held in Zhanjiang, China on October 22 to 29, the … END_OF_DOCUMENT_TOKEN_TO_BE_REPLACED