The used black and white Mercedez Benz, as well as wheel and tires, worth PHP10 million arrived at the said port from Hong Kong, a Special Administrative Region of China in August. The shipment declared as containing auto parts was consigned to Juljerjac Trading passed through the X-ray machines which showed image irregularities. 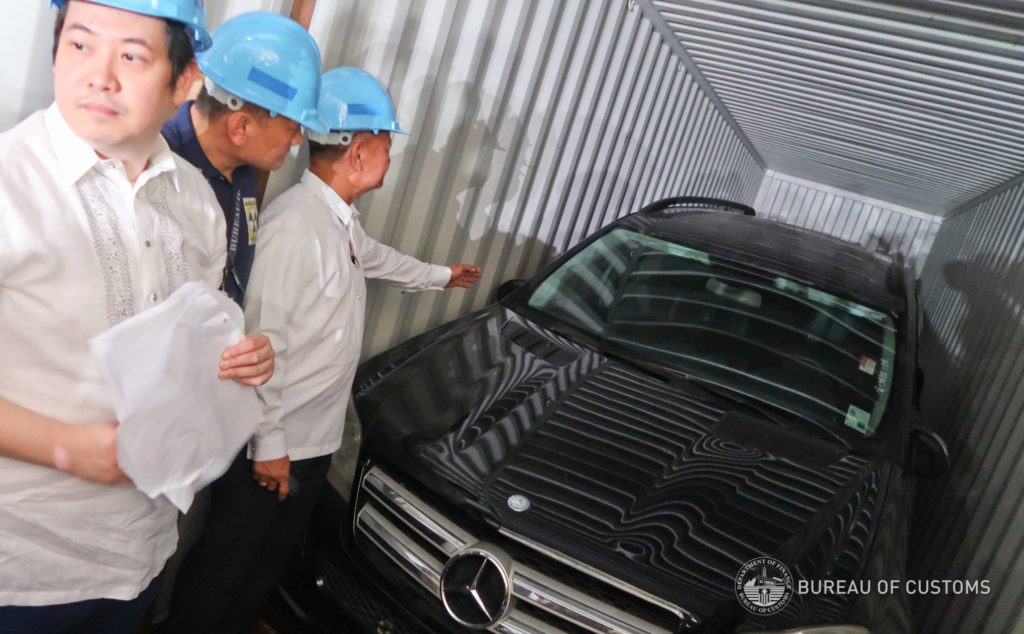 Lawyer Vincent Philip Maronilla, MICP district collector, said the 40-footer shipment was seized after its shippers violated a provision of the Customs Modernization and Tariff Act (CMTA) in relation to Section 3 of Executive Order 156 prohibiting the importation of used motor vehicles.

“This is a prima facie evidence of misdeclaration, hence, we will issue a warrant of seizure and detention against Juljerjac Trading’s smuggled motor vehicles,” he said.

For his part, Lapeña lauded the efforts of the BOC personnel instrumental in the apprehension of these luxury cars. “I commend this successful apprehension and at the same time, I call on all BOC operatives to always safeguard our ports from any and all forms of smuggling. I am counting on you,” he said.

The cars are now in the custody of the BOC for further examination and evaluation.

On the other hand, the BOC chief also inspected the five container vans loaded with red onions and carrots worth PHP9 million, which arrived at the MICP on July 7 and 13 from China. 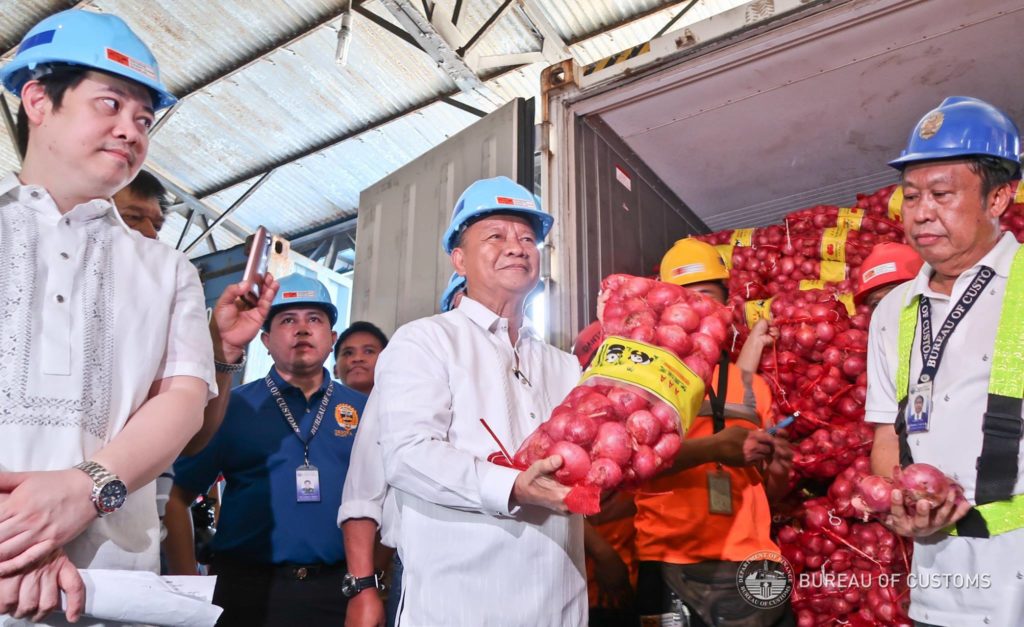 He noted that four container vans worth PHP7.2 million were declared as garlic but after inspection, it was discovered to have red onions while one cargo worth Php1.8 million is containing carrots instead of apples as declared by the consignee, V2Y International Marketing Co. with office address at Madrigal Bldg., Escolta, Manila.

“The shipment is covered by warrant of seizure. Misdeclared items ang declaration ay garlic and carrot. It turned out to be red onions, which are prohibited because these are being produced by our farmers,” Lapeña added.

The shipments were apprehended after these were found violating a provision in the Customs Modernization and Tariff Act and Republic Act No. 10845, otherwise known as the Anti-Agricultural Smuggling Act of 2016. The seized agricultural products will undergo condemnation to prevent its entry into the local market.