You are here: Home / Nation / PH maritime security gets boost with Japanese aircraft

The Philippine military’s capability to conduct surveillance, monitoring, and search-and-rescue missions over its vast maritime domain gets a boost after Japan donated five Beechcraft TC-90 turboprop aircraft, an official of the Department of National Defense said.

“We welcome that gesture of Japan and the addition of these five aircraft to our inventory will greatly enhance our capability to monitor and conduct search-and-rescue (operations) within our territory,” chief of the department’s public affairs office, Arsenio Andolong, said Wednesday.

This includes missions off the Philippine Rise, formerly known as Benham Rise, and the West Philippine Sea, Andolong said.

The agreement on the donation of the five TC-90s was signed during the bilateral talks between President Rodrigo Duterte and his Japanese counterpart, Prime Minister Shinzo Abe, on the sidelines of the 31st ASEAN Summit early this week.

Initially, the airplanes were leased to the Philippine Navy to bolster its capability in humanitarian assistance and disaster relief operations, limited transport, and maritime domain awareness, including maritime air surveillance and intelligence surveillance reconnaissance. The lease agreement was USD7,000 yearly for the first four aircraft and USD200 annually for the fifth.

The TC-90, which is part of the Beechcraft King Air aircraft family, was offered by Japan shortly after the Agreement Concerning the Transfer of Defense Equipment and Technology was finalized on February last year. 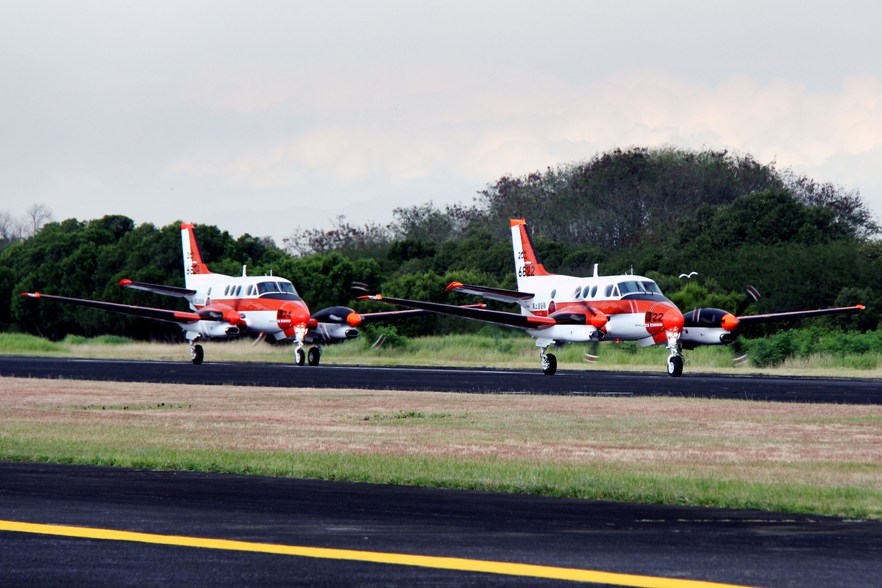 Two of the TC-90s were delivered to Sangley Point, Cavite last March 27, while the remaining three will be turned over in the first quarter of 2018.

The TC-90 has a range of more than 1,000 nautical miles and a cruising speed of 260 knots, and is capable of carrying eight passengers along with the pilot.

The Japan Coast Guard (JCG) will for the first time deploy a vessel to Australia, as part of efforts to strengthen counter-piracy measures in Southeast Asia. The vessel, the 3,300-tonne Souya-class … END_OF_DOCUMENT_TOKEN_TO_BE_REPLACED

MANILA -- The visit of US Chief-of-Navy Operations, Admiral John Richardson, to the Armed Forces of the Philippines (AFP) headquarters in Camp Aguinaldo, Quezon City gave both the Philippines and the … END_OF_DOCUMENT_TOKEN_TO_BE_REPLACED

I was able to attend the 2018 Asian Defense and Security (ADAS) at the World Trade Center (WTC) in Manila recently, and every time the event is held (every two years) it always seem to get bigger and … END_OF_DOCUMENT_TOKEN_TO_BE_REPLACED

MANILA -- The US government reiterated its offer to supply the Philippines with the Lockheed Martin F-16. The offer took place during Department of National Defense (DND) Secretary Delfin … END_OF_DOCUMENT_TOKEN_TO_BE_REPLACED

The kit incorporates, among other systems, an electro-optical imager and a variant of ELTA Systems' EL/M-2022 synthetic aperture radar The 300th Air Intelligence and Security Wing (AISW) of the … END_OF_DOCUMENT_TOKEN_TO_BE_REPLACED

The Philippines will hold joint military exercises with China during the Association of Southeast Asian Nations (Asean)-China military exercise to be held in Zhanjiang, China on October 22 to 29, the … END_OF_DOCUMENT_TOKEN_TO_BE_REPLACED