You are here: Home / Nation / Philippines wins bid for seat in UNESCO Executive Board

The Philippines won its bid for a seat in the United Nations Educational, Scientific and Cultural Organization (UNESCO) Executive Board in elections held in Paris on November 8, the Department of Foreign Affairs (DFA) said.

“We would like to express our deep appreciation to our friends in the international community for again electing us to the UNESCO Executive Board after more than a decade,” Foreign Affairs Secretary Alan Peter S. Cayetano said in a statement who is currently in Vietnam with President Duterte for the 29th Asia Pacific Economic Cooperation meetings.

According to DFA, the country’s bid was supported by 157 member-states during 39th Session of the General Conference of UNESCO in Paris. 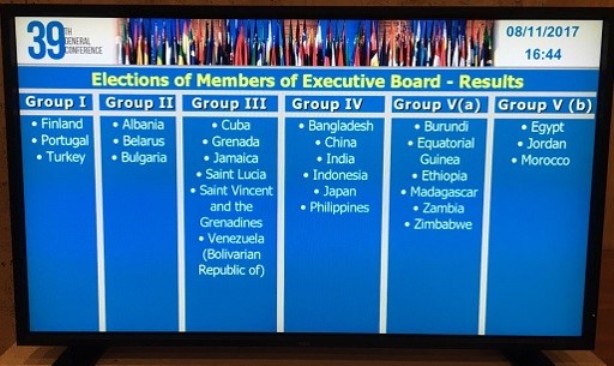 “Our election is a recognition by member-states of the steady progress we have made in promoting the comprehensive human development of our people in the fields of education, science, culture, communication and information,” Secretary Cayetano added.

DFA said the Philippines will now serve as one of the 58 members of the Executive Board whose main functions are to examine the programme of work and budget of UNESCO, and guide the Organization’s support to Member States in the implementation of relevant Sustainable Development Goals in education, culture, communication and information. 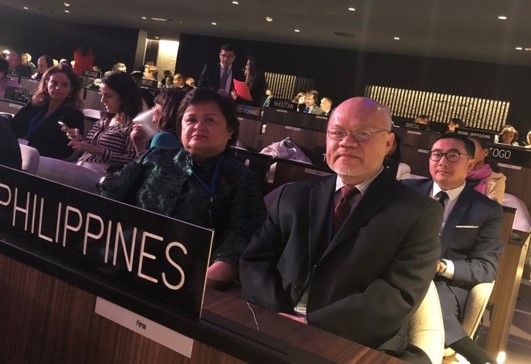 “We received recognition that we play a constructive role in UNESCO. We warmly thank all Member States that expressed this belief in the Philippines and aim to work closely with them for mutual benefit and the objectives of UNESCO,” Philippine Permanent Delegate to UNESCO Ambassador Ma. Theresa P. Lazaro said.

The Japan Coast Guard (JCG) will for the first time deploy a vessel to Australia, as part of efforts to strengthen counter-piracy measures in Southeast Asia. The vessel, the 3,300-tonne Souya-class … END_OF_DOCUMENT_TOKEN_TO_BE_REPLACED

MANILA -- The visit of US Chief-of-Navy Operations, Admiral John Richardson, to the Armed Forces of the Philippines (AFP) headquarters in Camp Aguinaldo, Quezon City gave both the Philippines and the … END_OF_DOCUMENT_TOKEN_TO_BE_REPLACED

I was able to attend the 2018 Asian Defense and Security (ADAS) at the World Trade Center (WTC) in Manila recently, and every time the event is held (every two years) it always seem to get bigger and … END_OF_DOCUMENT_TOKEN_TO_BE_REPLACED

MANILA -- The US government reiterated its offer to supply the Philippines with the Lockheed Martin F-16. The offer took place during Department of National Defense (DND) Secretary Delfin … END_OF_DOCUMENT_TOKEN_TO_BE_REPLACED

The kit incorporates, among other systems, an electro-optical imager and a variant of ELTA Systems' EL/M-2022 synthetic aperture radar The 300th Air Intelligence and Security Wing (AISW) of the … END_OF_DOCUMENT_TOKEN_TO_BE_REPLACED

The Philippines will hold joint military exercises with China during the Association of Southeast Asian Nations (Asean)-China military exercise to be held in Zhanjiang, China on October 22 to 29, the … END_OF_DOCUMENT_TOKEN_TO_BE_REPLACED