A United States Navy air crew was grounded after a carrier-based electronic warfare aircraft EA-18 Growler was used to draw a giant male reproductive organ in the skies over Okanogan County in Washington state on November 16.

Images of the said shape formed by the jet’s condensation trails were uploaded to social media and have gone viral.

“The Navy holds its aircrew to the highest standards and we find this absolutely unacceptable, of zero training value and we are holding the crew accountable,” Naval Air Forces commander Vice Admiral Mike Shoemaker said. 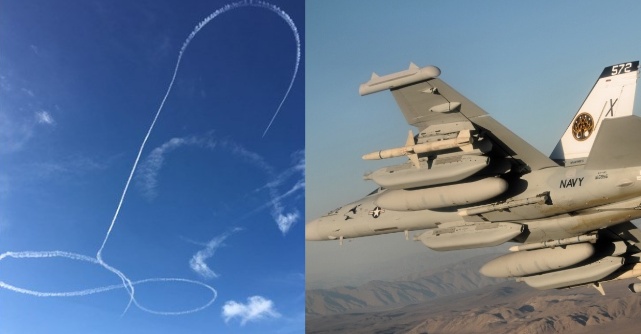 “Sophomoric and immature antics of a sexual nature have no place in Naval aviation today,” Vice Admiral Shoemaker said.

“This event clearly stands in stark contrast to the way our aviators and sailors are performing with utmost professionalism, discipline and excellence from our carrier flight decks and expeditionary airfields around the world today,” he added.