Government officials on Tuesday broke ground the PHP13.16-billion National Government Administrative Center (NGAC) of the New Clark City (NCC) Phase 1 which will serve as one-stop shop for all the businesses in Central Luzon.

The 60-hectare project involves the development of backup offices of various government agencies in case of disaster or national calamities.

A world-class sports complex which will serve as a venue for the athletics and water sports events of the 30th Southeast Asian Games in 2019 will also be housed here.

Bases Conversion Development Authority (BCDA) president Vivencio Dizon said the world-class sports complex in Phase 1A with aquatics and athletics center would be complete in less than two years for the upcoming 2019 Southeast Asian Games in the country. 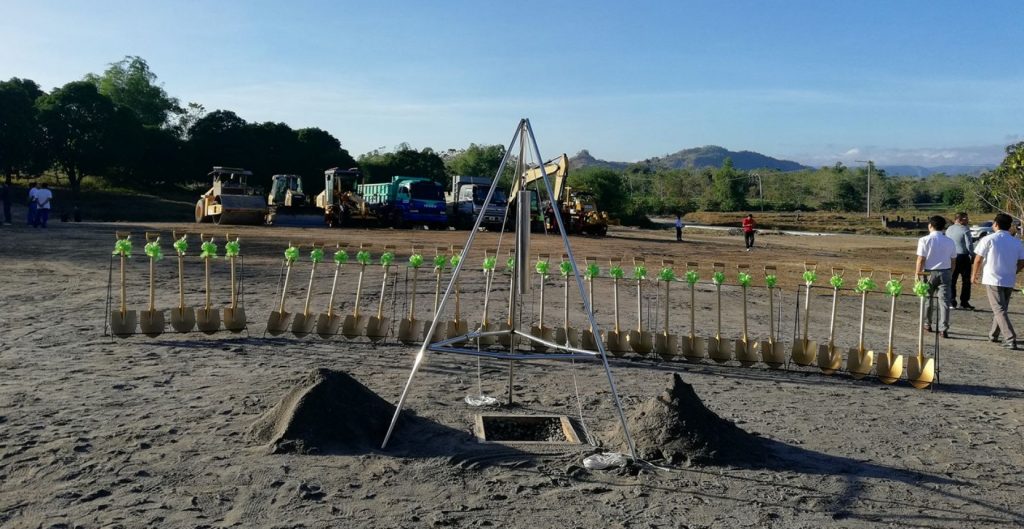 The National Government Administrative Center Stadium will have a seating capacity of 20,000 while the aquatic center can accommodate at least 2,000 individuals.

Dizon said after the Phase 1A completion, the project’s Phase 1B would commence for the construction of additional government office buildings, government housing units, and support service facilities to be constructed on a 20-hectare land.

Other buildings like small-scale retail and services facilities including banks, health centers, and hotels will also be put up in adjacent zones.

Malaysia’s MTD Capital Berhad, the winning bidder for the construction of NGAC, started the project right after the groundbreaking ceremony.

New Clark City is a new metropolis that will rise within the Clark Special Economic Zone in Capas and Bamban, Tarlac.

It is envisioned to be the country’s first and only smart and green city, which will feature mixed-use real estate developments, an agro-industrial park, and a food processing terminal.

Here in the Philippines, there are lots of events that can – and do – have an effect on the economy. From the recent debates over the local labour market to natural disasters such as Typhoon Haiyan, … END_OF_DOCUMENT_TOKEN_TO_BE_REPLACED

Technology is everywhere these days, reaching into every aspect of our lives and empowering us in ways we never would have imagined in the past. With that new power comes new dangers however, and we … END_OF_DOCUMENT_TOKEN_TO_BE_REPLACED

The free tuition law will cover the tuition and fees of students enrolled in 112 SUCs, 78 LUCs, and all duly registered technical-vocation education and training programs starting this school … END_OF_DOCUMENT_TOKEN_TO_BE_REPLACED

The U.S Department of Defense is in talks with their Philippine counterpart on the acquisition of 10 AH-1W Super Cobra attack helicopters, with 2 frames possibly funded by Foreign Military Sales (FMS) … END_OF_DOCUMENT_TOKEN_TO_BE_REPLACED

The Philippine Air Force’s technical working group (TWG) has identified Sikorsky UH60 (Blackhawk) as the combat utility helicopter that would replace the mothballed Bell 412 EPIs, while the selection … END_OF_DOCUMENT_TOKEN_TO_BE_REPLACED

The United States Navy on Monday said that it is willing to give some equipment needed for the Navy modernization training of the Philippine Navy's personnel. "We can contribute, certainly from … END_OF_DOCUMENT_TOKEN_TO_BE_REPLACED