You are here: Home / Nation / This is why an Elite Army battalion was deployed in Sulu vs Abu Sayyaf

ZAMBOANGA CITY — The Armed Forces of the Philippines (AFP) deployed a battalion of elite troops to defeat the Abu Sayyaf Group (ASG) in the province of Sulu.

Deployed in Sulu is the Army’s 5th Scout Ranger Battalion, which was deployed in Marawi City at the height of the battle against the Daesh-inspired Maute Group just after the unit was activated last year.

The program was held after Monday’s flag raising ceremony. 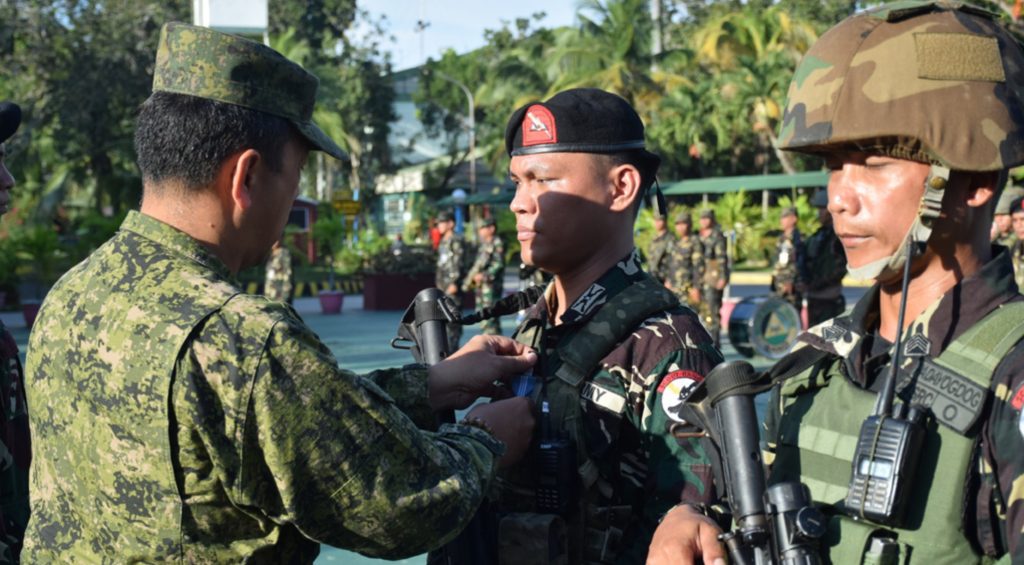 The battalion, headed by Lt. Col. Mario Jomalesa, underwent a series of training at Camp Gen. Arturo Enrile in this city after its stint in Marawi City.

“I am sure that you will do well in defeating the threats in Sulu as you did a great job in leading the fight to liberate Marawi City from the claws of the terrorists,” Galvez told the scout rangers.

“I am confident that you will be able to deliver the soonest,” he added.

Five, including a junior officer, of the 5th Scout Ranger battalion was awarded Gold Cross Medals for gallantry during the series of a firefight against the Maute Group last year in Marawi City.

Here in the Philippines, there are lots of events that can – and do – have an effect on the economy. From the recent debates over the local labour market to natural disasters such as Typhoon Haiyan, … END_OF_DOCUMENT_TOKEN_TO_BE_REPLACED

Technology is everywhere these days, reaching into every aspect of our lives and empowering us in ways we never would have imagined in the past. With that new power comes new dangers however, and we … END_OF_DOCUMENT_TOKEN_TO_BE_REPLACED

The free tuition law will cover the tuition and fees of students enrolled in 112 SUCs, 78 LUCs, and all duly registered technical-vocation education and training programs starting this school … END_OF_DOCUMENT_TOKEN_TO_BE_REPLACED

The U.S Department of Defense is in talks with their Philippine counterpart on the acquisition of 10 AH-1W Super Cobra attack helicopters, with 2 frames possibly funded by Foreign Military Sales (FMS) … END_OF_DOCUMENT_TOKEN_TO_BE_REPLACED

The Philippine Air Force’s technical working group (TWG) has identified Sikorsky UH60 (Blackhawk) as the combat utility helicopter that would replace the mothballed Bell 412 EPIs, while the selection … END_OF_DOCUMENT_TOKEN_TO_BE_REPLACED

The United States Navy on Monday said that it is willing to give some equipment needed for the Navy modernization training of the Philippine Navy's personnel. "We can contribute, certainly from … END_OF_DOCUMENT_TOKEN_TO_BE_REPLACED