Prior to her arrival at the Manila South Harbor, JS Amagiri was provided the customary meeting procedure by BRP Rajah Humabon (FF-11) off Corregidor Island.

These exercises are expected to start once the JS Amarigi leaves Pier 15 on Sunday and would last one hour.

JS Amagiri is an Asagiri-class destroyer specializing in anti-submarine and anti-surface warfare.

There are eight units of these ships in the Japan Maritime Self Defense Force (JMSDF) capable of running at speeds of 30 knots.

The JS Amagiri is powered by combined gas and gas propulsion system and is armed with a 76mm Oto Melara automatic cannon and assorted missiles and torpedoes capable of neutralizing surface and sub-surface targets.

She is also accompanied by one SH-60J anti-submarine helicopter and commanded by Cmdr. Michiaki Mori.

During the arrival ceremonies, JMSDF Escort Division 2 commander, Capt. Koji Saito, who was aboard the Japanese ship, said it was a great honor for the JSMDF to welcome President Rodrigo Duterte during his visit to the JS Izumo (DDH-183) when the ship visited Subic Bay last year.

“As you all know, it was a great honor to welcome your Excellency President Rodrigo Duterte to our naval ship ‘Izumo’ at the port of Subic in last year as the head of state,” he said.

Saito expressed hope that their visit will further strengthen the relations between the two countries. 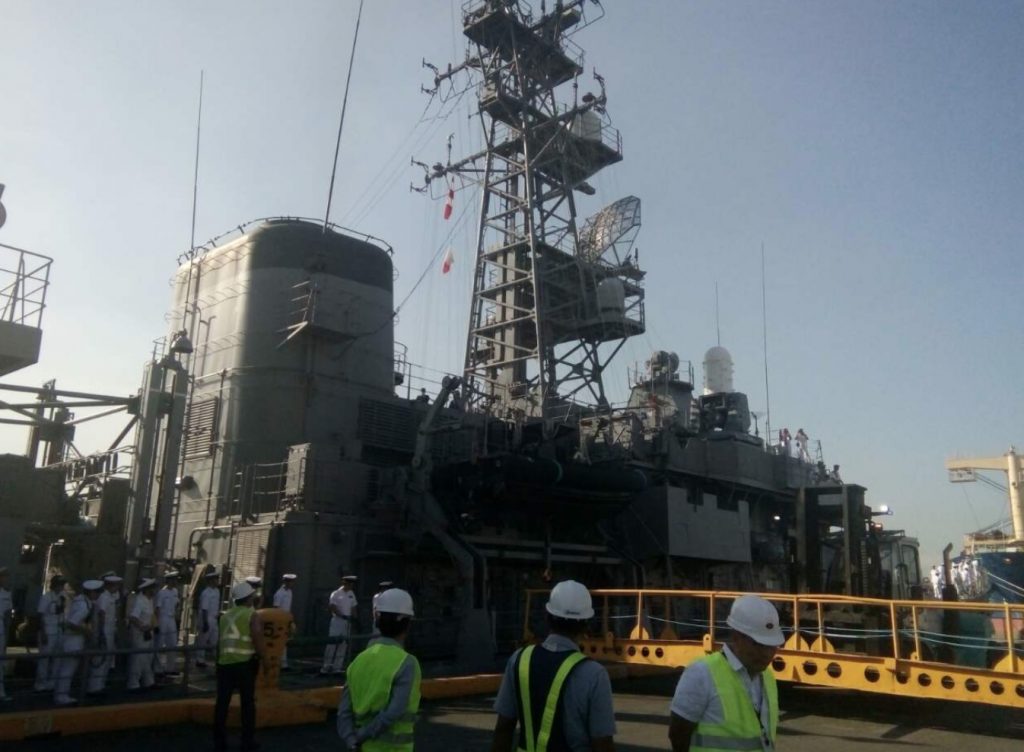 The Japanese officer added that this visit is his fourth visit to Manila with the last one taking place in 2013.

“This is my fourth visit to Manila. Most recently, I came here during my study tour of the Japan Joint Staff College five years ago, that was in 2013,” Saito added.

He added that the transfer of two TC-90 aircraft to the PN last year and another three this 2018 demonstrated the warm relationship between the two navies.

“The transfer of TC-90s is one of the remarkable proofs that shows our strong navy-to-navy relations, and I believe that those aircraft help your maritime patrol capabilities,” Saito said.

Here in the Philippines, there are lots of events that can – and do – have an effect on the economy. From the recent debates over the local labour market to natural disasters such as Typhoon Haiyan, … END_OF_DOCUMENT_TOKEN_TO_BE_REPLACED

Technology is everywhere these days, reaching into every aspect of our lives and empowering us in ways we never would have imagined in the past. With that new power comes new dangers however, and we … END_OF_DOCUMENT_TOKEN_TO_BE_REPLACED

The free tuition law will cover the tuition and fees of students enrolled in 112 SUCs, 78 LUCs, and all duly registered technical-vocation education and training programs starting this school … END_OF_DOCUMENT_TOKEN_TO_BE_REPLACED

The U.S Department of Defense is in talks with their Philippine counterpart on the acquisition of 10 AH-1W Super Cobra attack helicopters, with 2 frames possibly funded by Foreign Military Sales (FMS) … END_OF_DOCUMENT_TOKEN_TO_BE_REPLACED

The Philippine Air Force’s technical working group (TWG) has identified Sikorsky UH60 (Blackhawk) as the combat utility helicopter that would replace the mothballed Bell 412 EPIs, while the selection … END_OF_DOCUMENT_TOKEN_TO_BE_REPLACED

The United States Navy on Monday said that it is willing to give some equipment needed for the Navy modernization training of the Philippine Navy's personnel. "We can contribute, certainly from … END_OF_DOCUMENT_TOKEN_TO_BE_REPLACED