You are here: Home / Nation / The Department of National Defense is now preparing the letter for the cancellation of the purchase of 16 Bell EPI combat utility helicopters

MANILA — The Department of National Defense (DND) is now preparing the letter for the cancellation of the purchase of 16 Bell EPI combat utility helicopters (CUHs) worth PHP12 billion from Canada.

“The formal letter cancelling the contract is being prepared and I will sign it this week. We are looking at Korea, Russia, China and Turkey and other countries for our the medium lift helicopters in lieu of the Bell 412,” Lorenzana emphasized.

But he admitted that the cancellation will affect the DND project to acquire medium-lift helicopters as this has set the process “back to square one”.

The cancellation came in wake of the Canadian government’s move to review the deal after receiving reports that the Philippines is planning to use the helicopters against rebel forces, a claim strongly denied by the DND and Armed Forces of the Philippines (AFP).

This prompted President Rodrigo Duterte to order the DND and AFP to cancel the deal with Bell Helicopter and Canadian Commercial Corporation (CCC) which is licensed to manufacture the Bell 412 EPI being ordered by country.

Earlier, the DND chief said that they are more than enough suppliers to meet the Philippine requirement for CUHs should the country’s contract with Bell Helicopter and CCC fall through or be terminated. 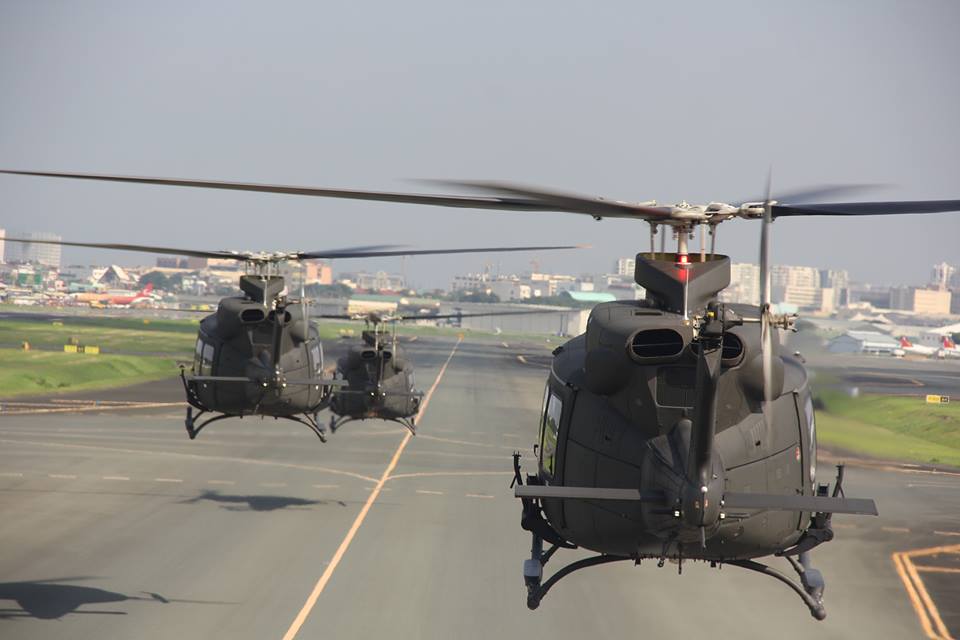 “Are there other suppliers if the Canada deal will not push through? Yes, there are,” Lorenzana stressed.

“The AFP deal for the acquisition of the Canadian Bell 412 as a combat utility helicopter is a very transparent one. From the very onset, the contract has specified that we are acquiring a CUH,” he added.

“It’s intended use as combat utility helicopter is for the transport of troops especially combat casualties and for troop sustainment. It is not an offensive platform and not armed as such. We have dedicated attack helicopters as offensive platforms for such operations,” the military official pointed out.

Lorenzana, however, questioned the timing of raising the issue regarding the deal.

“Wrong (information) or not I think there is malice in the way it is being raised. First, This is just a repeat order. Why do they raise that issue now? Second, It is not an attack helicopter but a medium lift. Meaning pang hakot ng tao, supplies. Third, hindi naman ito hinihingi kundi bibilhin. We do not have to justify how we use these equipment,” he noted.

And since the Philippines lies in the path of the Pacific Ring of Fire, a disaster prone area, Padilla said the nation’s disaster response plan had tasked the AFP to take the lead in undertaking humanitarian assistance and disaster response (HADR) during such times of contingencies.

On Dec. 29, 2017, Lorenzana and representatives of Bell Helicopter and CCC signed the deal for the purchase of the helicopters worth PHP12 billion. Representing Bell Helicopter in the contract signing was James Williamson and Yvonne Chin, CCC Director for Asia.

Delivery of the first Bell EPI combat utility helicopters 412 EPI  units are supposed to start by the first quarter of 2019 while the last batch will be handed over by the second quarter of 2020.

Acquisition of these helicopters is part of the AFP Modernization Program Horizon 2 and will be use in humanitarian assistance and disaster relief and other-related missions.

These aircraft are fully configured and equipped with advance features, which includes an electronic engine control, a glass cockpit display system and Garmin touchscreen navigation system.

Generally, these helicopters are capable of carrying 14 passengers and flying at a maximum speed of 140 knots (around 259 kilometers), cruise speed of 122 knots (226 kilometers per hour) and a range of 402 nautical miles (745 kilometers). It is powered with an enhanced Pratt and Whitney PT6T-3D Twin Pac. (PNA) 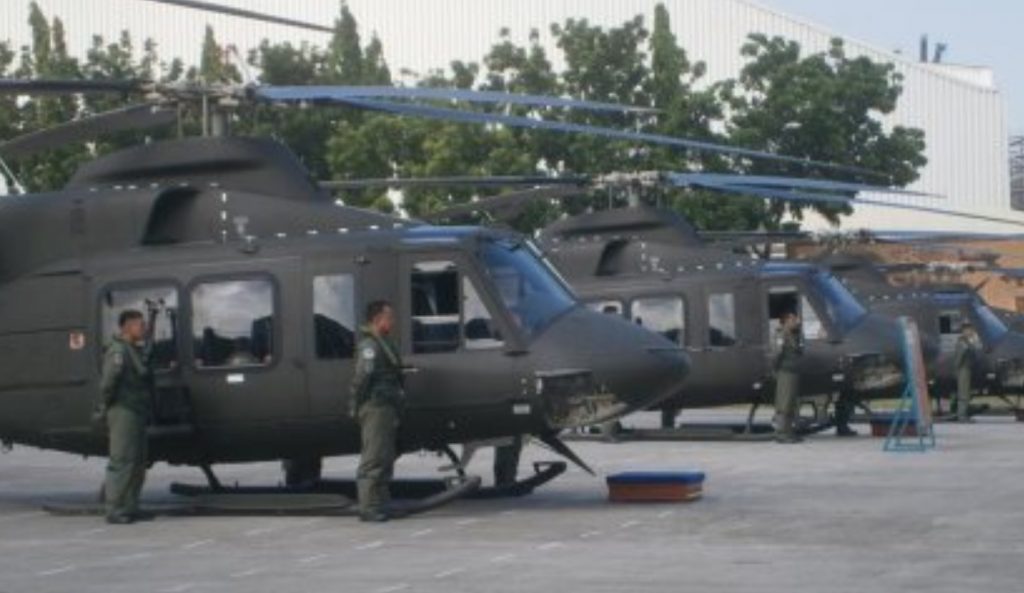 Here in the Philippines, there are lots of events that can – and do – have an effect on the economy. From the recent debates over the local labour market to natural disasters such as Typhoon Haiyan, … END_OF_DOCUMENT_TOKEN_TO_BE_REPLACED

Technology is everywhere these days, reaching into every aspect of our lives and empowering us in ways we never would have imagined in the past. With that new power comes new dangers however, and we … END_OF_DOCUMENT_TOKEN_TO_BE_REPLACED

The free tuition law will cover the tuition and fees of students enrolled in 112 SUCs, 78 LUCs, and all duly registered technical-vocation education and training programs starting this school … END_OF_DOCUMENT_TOKEN_TO_BE_REPLACED

The U.S Department of Defense is in talks with their Philippine counterpart on the acquisition of 10 AH-1W Super Cobra attack helicopters, with 2 frames possibly funded by Foreign Military Sales (FMS) … END_OF_DOCUMENT_TOKEN_TO_BE_REPLACED

The Philippine Air Force’s technical working group (TWG) has identified Sikorsky UH60 (Blackhawk) as the combat utility helicopter that would replace the mothballed Bell 412 EPIs, while the selection … END_OF_DOCUMENT_TOKEN_TO_BE_REPLACED

The United States Navy on Monday said that it is willing to give some equipment needed for the Navy modernization training of the Philippine Navy's personnel. "We can contribute, certainly from … END_OF_DOCUMENT_TOKEN_TO_BE_REPLACED