You are here: Home / Nation / To defend our seas, get missiles, not ships ( opinion )

MaxDefense Philipines .- While missiles could be good in sinking ships, it is not everyday that the Navy needs to sink ships. It can only do 1 job which is to attack ships, something that can only be done during times of war.

Warships are useful in both peace and war times. During peacetime, the Navy, together with the Coast Guard, could use ships to maintain and let everyone know of its presence in the country’s maritime domain, EEZ, and on areas of interest. It can also conduct anti-piracy, and law enforcement and interdiction roles. That means sailing ships in these areas and conducting surveillance at longer periods, which aircraft like MPAs cannot do at long periods of time.

Land based missiles can’t do these missions. And when it is used, it means the country will face war, or is already at war. How often does war happen? What are the probabilities that the PH will be at war within the next 30 years?

Land based missiles are bound by the capability of the Navy and Air Force to detect what are out at sea, and the also bounded by the effective range of the missiles. The vast EEZ of the Philippines can’t be covered by land based missiles alone. Thats why ships are armed with them.

Land based missiles are only good in limiting the movement of enemy ships on areas where these missiles are potentially hiding, as what A2/AD is all about. And while they can’t do what ships do, having then together with a good fleet of warships improves the overall defense capabilities of the country. 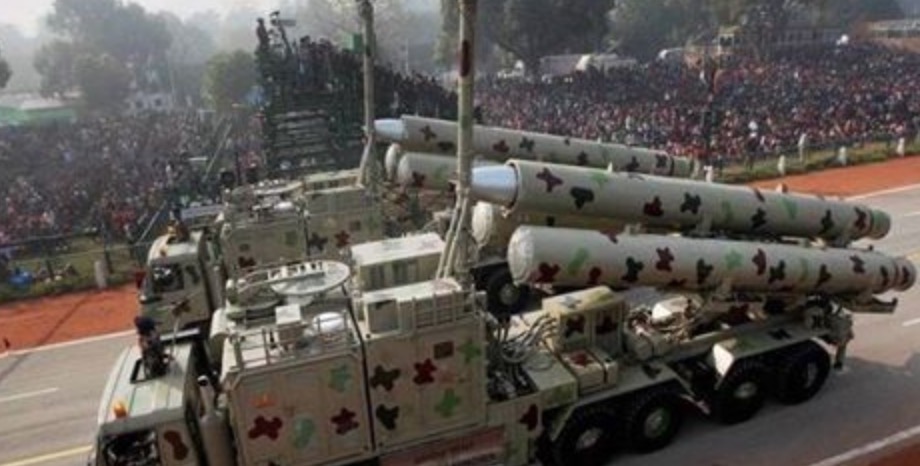 So, for another P60 billion or so, the Navy can watch over our vast exclusive economic zone (EEZ), 200 nautical miles or about 370 km from our territorial baseline, and our extended continental shelf (ECS), 320 nm out at sea, including the Philippine Rise. That’s based on the PN modernization program till 2028.

That’s six ships to patrol waters with a combined EEZ and ECS area of 531,000 square km, far exceeding the 300,000 sq km of the entire Philippines itself. No way six frigates are enough to watch over our seas, let alone engage the larger and more heavily armed ships of rival claimants, backed by submarines, warplanes and missiles.

In fact, when a leading Washington defense think-tank, the Center for Strategic and Budgetary Assessment, analyzed our security needs after we lost control of Panatag Shoal in 2012, CSBA urged the United States and our other allies to help us acquire not frigates, but maritime surveillance planes to watch our waters, anti-ship missiles to deter and destroy intruders, and anti-aircraft systems to protect the missiles.

CSBA’s report “The Geostrategic Return of the Philippines” called these military assets “anti-access/area denial,” or A2/AD systems, the kind that prevent threats from entering vast expanses, like our EEZ and ECS.

The think-tank’s thinking isn’t hard even for a military newbie to figure out. In just hours, planes cover much larger areas than a ship can in a day, and their radar and other surveillance gear see far beyond the horizon limit of most vessels at sea level.

Anti-ship projectiles can take out anything on the ocean even several hundreds of kilometers away. That’s more than enough to cover the entire EEZ and ECS, and at the cost of one frigate, as 50- 200 mobile truck-mounted missiles can be deployed, blanketing nearby seas and far more difficult to find in land camouflage than a vessel sticking out in the open ocean.

And while warplanes with cruise missiles can sink ships while out of range of their defenses, enemy aircraft would have difficulty even finding rocket batteries concealed in vegetation. Plus: anti-aircraft systems can hit the jets even before they get close enough to line up targets.

The best part about CSBA’s A2/AD recommendations is that they would provide far greater deterrence and surveillance capability for far less than the P75 billion or so needed for six frigates.

This is the real naval defense issue that senators should have looked into, not the fake news claiming Palace meddling in the frigates contract.

(The other issue is the frigates contract provision allowing shipbuilder Hyundai Heavy Industries to select the weapons supplier, and penalizing the Navy if it chose another. Aquino-era Defense Secretary Voltaire Gazmin must explain why he urged his successor to sign the HHI deal despite this PN-opposed condition.)

More bang for the buck

So, what can the Philippine Navy get for, say, P35 billion or about $700 million, less than half the cost of six frigates? Going by the CSBA list of A2/AD assets, first to buy should be marine patrol aircraft. Luckily, Japan has kindly decided to donate eight T-90 Beechcraft-design MPAs.

The Navy should add surveillance-capable versions of planes like the C-295 ordered by the Philippine Air Force in 2014 from a joint venture of Europe’s Airbus and CASA of Spain (also made by Indonesia’s aircraft firm IPTN under license from CASA). Cost: about $60 million.

Next: anti-ship missiles (ASMs). Former National Security Adviser and congressman Roilo Golez, a US Naval Academy graduate, has long urged buying 200 BrahMos supersonic ASMs, made in India from a Russian design. Its range of 300-400 km would cover the entire EEZ. Cost: over $3 million each. Last year India agreed to sell the BrahMos to Vietnam.

In 2013, the Philippine Army was reportedly planning to buy long-range missiles, which could also target ships. It budgeted $144 million for 12 launchers. With Japanese aid, we may consider buying the 200-km range Type 88 or Type 12 ASMs made by Mitsubishi.

For $350 million, the Navy can get 50 BrahMos ($150 million total) and maybe 200 Type 88s or 12s at a friendly price. All are truck-mounted, to be moved anywhere there are threats. And since adversaries don’t know which ASMs are placed where, deterrence covers the entire EEZ.

That leaves $200 million for air defense and small, fast missile craft like Indonesia’s KCR 60 fast missile boats. The patrol boats can confront intruders at sea, but with shore-based missiles providing formidable firepower against even large warships.

Now, which can monitor our vast seas more effectively, and pose greater risk to intruders: six frigates with maybe 20 or so anti-ship missiles each of 150-200 km range, costing $1.5 billion total; or five marine patrol aircraft (plus 8 MPAs donated by Japan), 250 long- and medium-range mobile and camouflaged ASMs, with air defense and fleets of KCR 40s and 60s — at half the price?

Why the Navy likes ships

Don’t answer the question. It would take far more information than we just analyzed to make the right judgment. But what we need to remove right now are a couple of blinders blocking clear military thinking.

First, the Navy should avoid being wedded to ships because it thinks MPAs and ASMs are for the Air Force and the Army. There is no reason why marine patrol aircraft and anti-ship missiles securing our seas should not be part of PN assets, along with frigates. Don’t let a turf war among PN, PAF and PA get in the way of the real war to protect EEZ and ECS.

And the other policy block is America. Ever wondered why Uncle Sam didn’t listen to its own CSBA think-tank and help us get A2/AD gear? Just a wild guess, but maybe, just maybe, if we have rockets, planes and boats to watch our waters on our own, we might not let the Seventh Fleet use our bases.

The Japan Coast Guard (JCG) will for the first time deploy a vessel to Australia, as part of efforts to strengthen counter-piracy measures in Southeast Asia. The vessel, the 3,300-tonne Souya-class … END_OF_DOCUMENT_TOKEN_TO_BE_REPLACED

MANILA -- The visit of US Chief-of-Navy Operations, Admiral John Richardson, to the Armed Forces of the Philippines (AFP) headquarters in Camp Aguinaldo, Quezon City gave both the Philippines and the … END_OF_DOCUMENT_TOKEN_TO_BE_REPLACED

I was able to attend the 2018 Asian Defense and Security (ADAS) at the World Trade Center (WTC) in Manila recently, and every time the event is held (every two years) it always seem to get bigger and … END_OF_DOCUMENT_TOKEN_TO_BE_REPLACED

MANILA -- The US government reiterated its offer to supply the Philippines with the Lockheed Martin F-16. The offer took place during Department of National Defense (DND) Secretary Delfin … END_OF_DOCUMENT_TOKEN_TO_BE_REPLACED

The kit incorporates, among other systems, an electro-optical imager and a variant of ELTA Systems' EL/M-2022 synthetic aperture radar The 300th Air Intelligence and Security Wing (AISW) of the … END_OF_DOCUMENT_TOKEN_TO_BE_REPLACED

The Philippines will hold joint military exercises with China during the Association of Southeast Asian Nations (Asean)-China military exercise to be held in Zhanjiang, China on October 22 to 29, the … END_OF_DOCUMENT_TOKEN_TO_BE_REPLACED