MANILA – Laguna Lake Highway – The six-kilometer stretch of the Laguna Lake Expressway from ML Quezon Avenue to Napindan Bridge in Taguig City, south of Metro Manila, is now open to the public.

Once fully operational, travel time from Bicutan in Taguig City to the municipality of Taytay in Rizal province would take just about half an hour, the Department of Public Works and Highways (DPWH) has estimated.

DPWH Secretary Mark Villar led the opening Monday of an additional 1.5 kilometer at the eastbound direction of the Laguna Lake Highway starting at Hagonoy Flood Gate to ML Quezon Avenue.

“The opening of this additional Laguna Lake Highway segment will encourage more motorists to take this faster route from Taytay, Rizal to Bicutan, Taguig,” Villar said in his address during the launch. 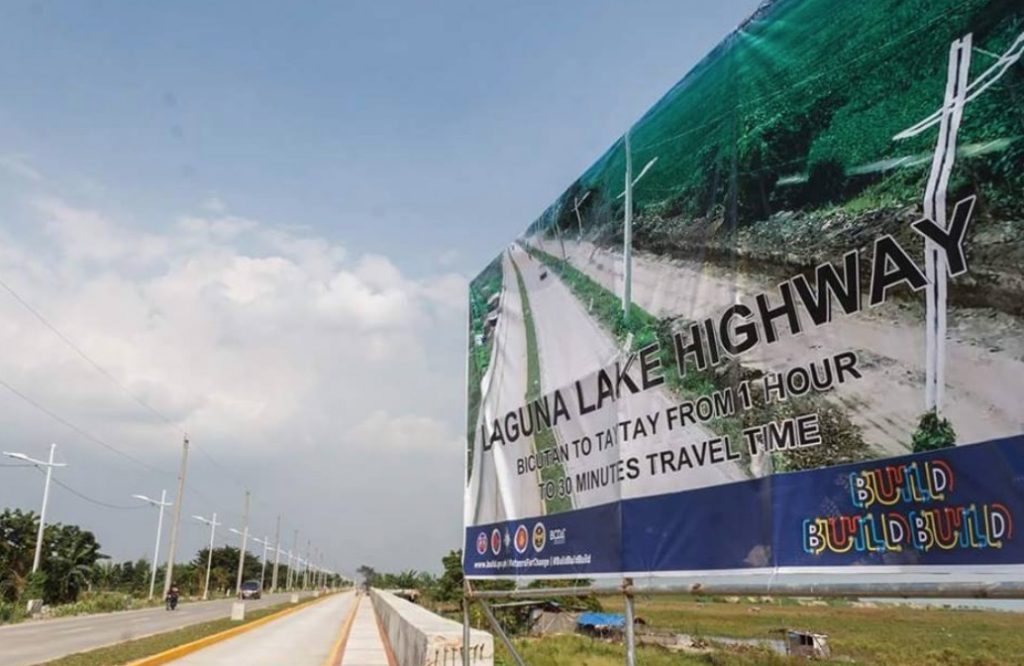 Among those present at the opening of the Laguna Lake Highway are Department of Transportation (DOTr) Secretary Arthur Tugade, Department of Budget and Management (DBM) Secretary Benjamin Diokno, and Taguig City Mayor Lani Cayetano.

The Laguna Lake Expressway will be the first highway in Metro Manila to have bike lanes according to the DPWH.

Only 940 meters of 2-lane road, along with 2-meter wide planting strip, 3-meter wide bike lane, and a 1.5-meter wide sidewalk are now made to work to complete the eastbound direction of the expressway.

Construction on the westbound direction is also ongoing to allow the public to use a four-lane Laguna Lake Highway to reduce travel time to and from Taytay and Bicutan. 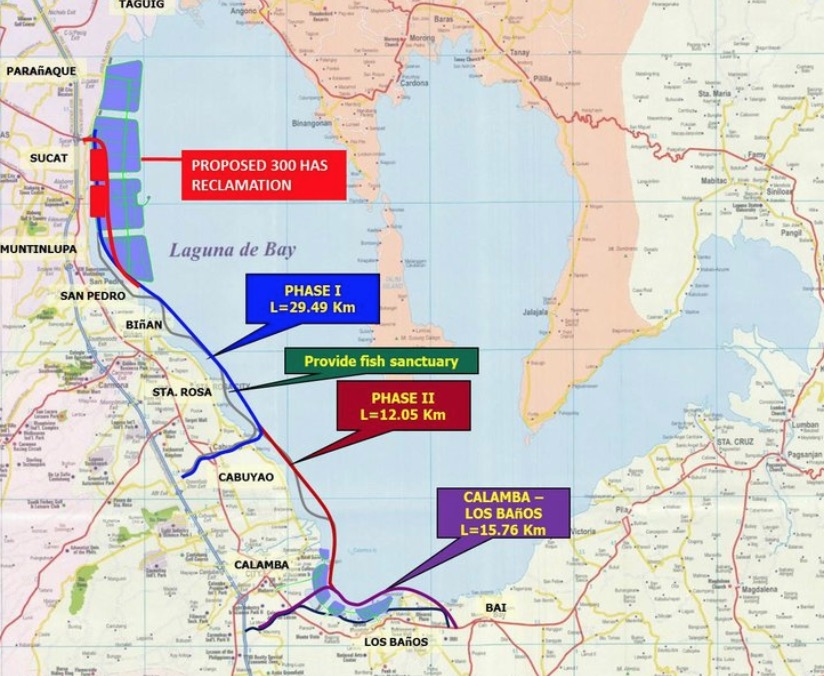 The DPWH has vowed to complete the extension of the expressway from the cities of Parañaque and Muntinlupa up to Los Baños in Laguna province within the term of President Rodrigo Duterte.

The Laguna Lake Expressway will serve as an alternative road to the Epifanio delos Santos Avenue (EDSA) and Circumferential Road 5 (C5) when going to and from Rizal and the eastern corridor of Metro Manila.

It would also serve as a dike that will protect residents of Taguig City in case of flooding in the area, the DPWH said. (PNA)