You are here: Home / Nation / AH-1 COBRA HELICOPTERS FOR THE PHILIPPINE AIR FORCE

During his speech at the 120th Anniversary of the Philippine Navy last May 22, 2018, President Rodrigo Duterte said that he sent his National Security Adviser (NSA) Hermogenes Esperon Jr. to Jordan to facilitate the negotiations and the release of two AH-1 Cobra helicopters.

Department of National Defense (DND) Secretary Delfin Lorenzana later added in an interview that two Philippine Air Force Pilots were sent to Jordan and they reported that the helicopters for transfer were in “good condition”. 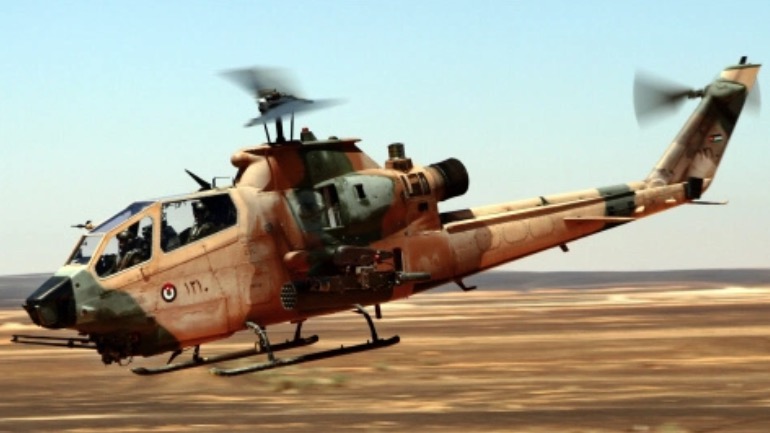 The Pilots will also undergo training before the helicopters are brought over to the Philippines. No additional details about the transfer were released as of this writing, so for now I am just going to work with whatever information is available at the moment.

’The Cobra Helicopter’
First, just a short history about the AH-1 Cobra, it is the first ever purpose-built helicopter gunship to enter military service. Its first production version, the AH-1G, entered the United States (US) Army service in 1966, and saw combat during the Vietnam War the following year in 1967.

Jordan bought twenty four of the AH-1S Cobra helicopters in 1985, then received another nine second hand, former US Army AH-1F units in 2000-2001, boosting their inventory to thirty three aircraft.

However, in 2010 Jordan transferred sixteen of their Cobras to Pakistan, but then they replenished their stock when they received sixteen refurbished Cobra helicopters from Israel in 2014 or 2015. Israel initially bought AH-1G and AH-1S helicopters, but most of these were reportedly later updated to the AH-1F version.

The defense publication Jane’s though estimated that Jordan’s fleet of Cobra helicopters have gone down to twenty seven units after some were lost to attrition. Of these, approximately three were transferred to Kenya in 2017 while two will now be transferred to the Philippines.

’Oldie but Goodie’
The design of the Cobra helicopter will be more than 50 years old this year, and depending on which aircraft we get, they will either be second hand (if we get from the Cobras originally bought by Jordan) or even third hand (if we get them from the former US or Israeli Cobras) units. Also, the AH-1 Cobra is the “Mother of All Service Attack Helicopters” as it is the very first one to reach military service and go into full production.

However, despite the age of its design or whatever “hand” we will get, I think these aircraft could still offer good service to our Air Force because for one, we have never bought a true purpose built attack helicopter before. The helicopters we are using now for Ground Support are more like either light attack helicopters or armed versions of commercial helicopters.

Second, a number of countries are still using these aircraft up to now, including Jordan. In fact, Jordan just refurbished and modernized twelve of their Cobra helicopters to use new Aviation Electronics (Avionics), Weapons, Countermeasures, etc.

’Characteristics and Performance’
As of right now we don’t know what version we will be getting, or whether these will be refurbished and/or modernized. If so, we don’t know to what extent the refurbishing/modernizing will be. But for the purposes of this blog, I will assume that we will be getting the AH-1F because it is the last operational version used by the US Army and most countries have upgraded their Cobras to that standard.

Here in the Philippines, there are lots of events that can – and do – have an effect on the economy. From the recent debates over the local labour market to natural disasters such as Typhoon Haiyan, … END_OF_DOCUMENT_TOKEN_TO_BE_REPLACED

Technology is everywhere these days, reaching into every aspect of our lives and empowering us in ways we never would have imagined in the past. With that new power comes new dangers however, and we … END_OF_DOCUMENT_TOKEN_TO_BE_REPLACED

The free tuition law will cover the tuition and fees of students enrolled in 112 SUCs, 78 LUCs, and all duly registered technical-vocation education and training programs starting this school … END_OF_DOCUMENT_TOKEN_TO_BE_REPLACED

The U.S Department of Defense is in talks with their Philippine counterpart on the acquisition of 10 AH-1W Super Cobra attack helicopters, with 2 frames possibly funded by Foreign Military Sales (FMS) … END_OF_DOCUMENT_TOKEN_TO_BE_REPLACED

The Philippine Air Force’s technical working group (TWG) has identified Sikorsky UH60 (Blackhawk) as the combat utility helicopter that would replace the mothballed Bell 412 EPIs, while the selection … END_OF_DOCUMENT_TOKEN_TO_BE_REPLACED

The United States Navy on Monday said that it is willing to give some equipment needed for the Navy modernization training of the Philippine Navy's personnel. "We can contribute, certainly from … END_OF_DOCUMENT_TOKEN_TO_BE_REPLACED