You are here: Home / Nation / Army needs info from Leyte villagers to step up fight vs. Reds

ORMOC CITY, Leyte — The Philippine Army is counting on information from villagers to further strengthen its fight against the communist rebels in Leyte province, said the commander of the Army’s 802nd Brigade based in Ormoc City on Thursday.

Brig. Gen. Lope Dagoy, in a press conference, said locals play a big role in combating insurgency as they are able to observe suspicious-looking people in their communities.

The military official’s statement came two days after the military’s brief encounter with the New People’s Army (NPA) and discovery of a rebel’s camp in the upland Mahayahay village, this city Tuesday morning. 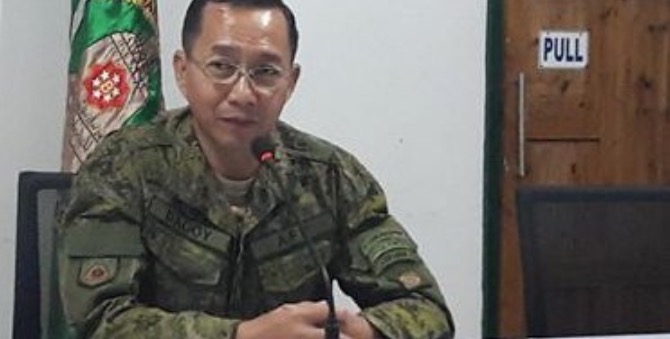 Killed during the encounter was NPA leader identified as “Santoy” or “Padi,” a notorious member of the communist terrorist group Front Committee Leyte.

The 30-minute gunfight left one member of the government troop wounded and caused the rebels to flee with undetermined number of injured, said Dagoy.

The wounded soldier is now in stable condition, he said.

“Our soldiers conducted patrol operations acting on tip from a civilian regarding the sighting of a group having extortion activities and establishing their camps,” he added.

Dagoy described the newly-built camp as a temporary structure with movable set up and has 16 bunkers, kitchen and a toilet.
The army commander lauded the informant for providing tip on the presence of the NPA rebels in the said village, eventually hampering possible extortion activities.

Dagoy added that the Front Committee in Leyte operates in the towns of Carigara, Capoocan, Barugo, Tunga and Kananga, all in Leyte with less than 30 members. (PNA)