Senator Richard J. Gordon doffed his hat off to the Department of National Defense (DND) for its plan to buy submarines as part of its military upgrade amid growing security challenges in the Southeast Asian region.

Gordon said the earlier than expected acquisition is a ‘’step in the right direction.’’

“We are one of four countries in Asia that do not have submarines. If the report about the purchase is true, I endorse (it) and I am elated by it. We should go by the way of the Japanese. During the Meiji Restoration, their motto was ‘enrich the nation; strengthen the military,” he said. 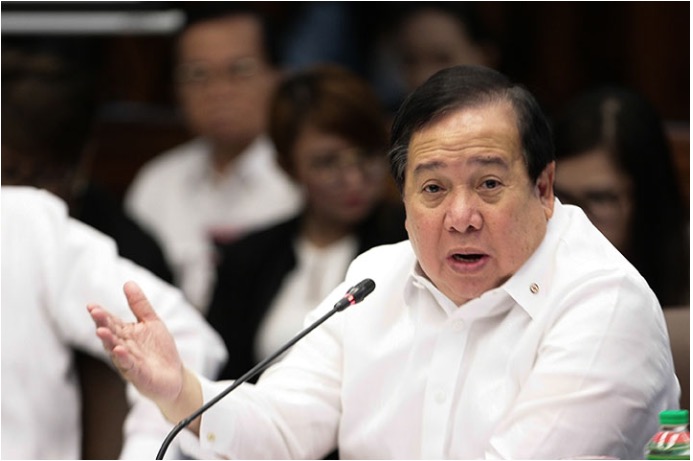 A few years ago, the Commission on Appointments (CA) confirmed the appointment of a Philippine Navy officer who was subsequently sent to train on submarine warfare in Germany.

The DND has announced that the purchase of submarines had been moved from the military’s shopping list under Horizon 3 to Horizon 2. Projects under Horizon 2 will be implemented from 2018 to 2022, while Horizon 3 projects will run from 2023 to 2028.

Gordon said he has long been calling for strengthening the capability of the armed forces in view of the range of external and internal challenges that the country is facing, including insurgencies, natural disasters, and unresolved territorial and sovereignty issues with neighboring states.

Gordon pointed out that unlike some of its Asian neighbors like China, Japan, Singapore, Korea, Indonesia, among others, the Philippines had one of the lowest military expenditure which is why it has one of the weakest militaries.

AFP to acquire diesel-electric subs in Phase 2 of modernization

“The Philippines had one of the lowest military expenditures. We only spent around one percent of our GDP (Gross Domestic Product) on defense spending, which is behind the Southeast Asian average of around two percent of the GDP,’’ he said.

‘’It is really a positive development that DND had the fifth largest budget in this year’s budget GAA (General Appropriations Act). I also insisted last year on allocating a portion of the proceeds from TRAIN (Tax Reform for Acceleration and Inclusion) for the AFP modernization program,” he said.

Here in the Philippines, there are lots of events that can – and do – have an effect on the economy. From the recent debates over the local labour market to natural disasters such as Typhoon Haiyan, … END_OF_DOCUMENT_TOKEN_TO_BE_REPLACED

Technology is everywhere these days, reaching into every aspect of our lives and empowering us in ways we never would have imagined in the past. With that new power comes new dangers however, and we … END_OF_DOCUMENT_TOKEN_TO_BE_REPLACED

The free tuition law will cover the tuition and fees of students enrolled in 112 SUCs, 78 LUCs, and all duly registered technical-vocation education and training programs starting this school … END_OF_DOCUMENT_TOKEN_TO_BE_REPLACED

The U.S Department of Defense is in talks with their Philippine counterpart on the acquisition of 10 AH-1W Super Cobra attack helicopters, with 2 frames possibly funded by Foreign Military Sales (FMS) … END_OF_DOCUMENT_TOKEN_TO_BE_REPLACED

The Philippine Air Force’s technical working group (TWG) has identified Sikorsky UH60 (Blackhawk) as the combat utility helicopter that would replace the mothballed Bell 412 EPIs, while the selection … END_OF_DOCUMENT_TOKEN_TO_BE_REPLACED

The United States Navy on Monday said that it is willing to give some equipment needed for the Navy modernization training of the Philippine Navy's personnel. "We can contribute, certainly from … END_OF_DOCUMENT_TOKEN_TO_BE_REPLACED