MANILA — The visit of US Chief-of-Navy Operations, Admiral John Richardson, to the Armed Forces of the Philippines (AFP) headquarters in Camp Aguinaldo, Quezon City gave both the Philippines and the United States a chance to discuss the importance of the two nations’ alliance in the Indo-Pacific Region. 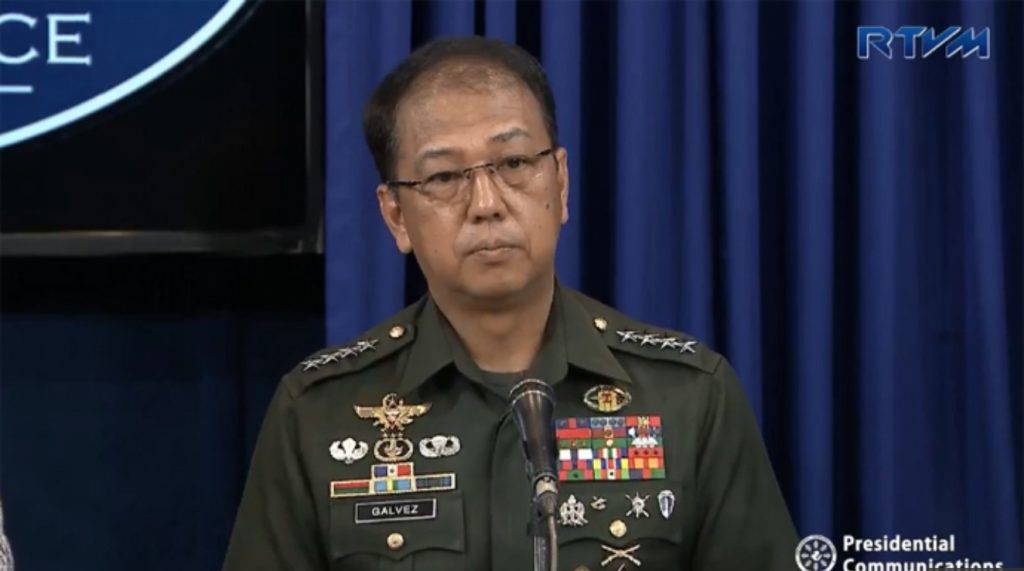 This was stressed by AFP chief-of-staff Gen. Carlito Galvez during the press briefing at the Aguinaldo Room of the AFP Commissioned Officers Club Monday.

“This gave us an opportunity to further discuss the importance of the Philippine-United States alliance in the Indo-Pacific Region. I am glad to say that we had fruitful discussion about the AFP and US Navy, MDB-SEB (Mutual Defense Board-Security Engagement Board) engagement, about the modernization of the Philippine Navy, efforts toward continuous regional security and stability and the future engagement opportunities with the US military,” he added.

Also, Richardson’s visit is considered a high honor for the AFP as this marks the first time the US Navy flag-officer-in-command has visited the Philippines, the AFP chief said.

Galvez also took the opportunity to convey the AFP’s gratitude to the US Armed Forces for their great help in the battle for Marawi, which without American assistance, the Filipino military would have suffered huge casualties.

Also, the AFP chief thanked the US for providing them military training opportunities, which boosted their capabilities. These include the recently-concluded “Rim of the Pacific” (RIMPAC) 2018 exercises, which the PN participated for the first time.

“The RIMPAC 2018 was the first time that our PN have engaged in this very meaningful and milestone for all our forces and we are very happy to report that the PN has the prestige now of really joining with the modern navies and we thank the Indo-Pacific commander and also our Navy chief for giving that opportunity for all of us,” Galvez emphasized.

For his part, Richardson said the United States and the Philippines stand shoulder-to-shoulder in the pursuit of regional peace and stability.
“So it’s very fitting that we sit here shoulder-to-shoulder. I sit here with Gen. Galvez when talking about our joint interests and earlier today I had a very productive meeting with (Vice) Admiral Robert Empedrad, flag-officer-in-command of (the) PN and this afternoon, I’m looking forward to travelling to Palawan to meet with Lt. Gen (Rozzano) Briguez,” he added.

Also, the US naval official pointed out that for more than 70 years, the United States and the Philippines have remained steadfast friends, partners, and allies dedicated to ensuring security, order and prosperity throughout the region.

“Our relationship is built not just on shared values but also on strong people to people and societal ties and nowhere is that felt more than to military-to-military relationships so anytime that I have the opportunity to visit a maritime nation especially one that shares our vision of a free and open Indo-Pacific that day is a good day,” he added. (PNA)